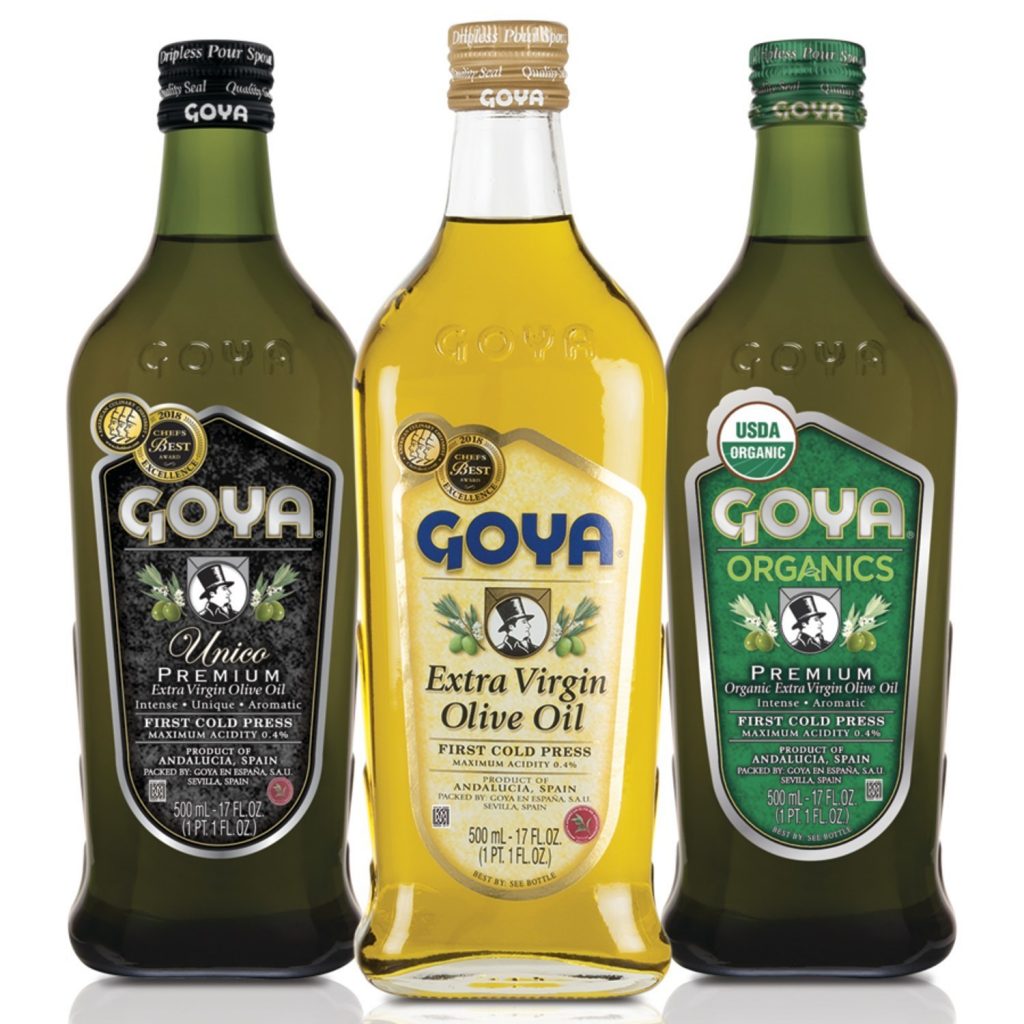 Long known as nature’s perfect elixir and healthy additive, Olive Oil is a pantry staple, according to PRNewswire. Most commonly known for rice and beans, Goya Foods, the largest Hispanic owned food company in the United States, ranks as one of the best producers of exceptional quality olive oil in the world, and the only mainstream brand sold in the United States that placed among the top competitors of World’s Best Olive Oils ranking.

In addition, Goya® “Organics” Extra Virgin Olive Oil was awarded the 2018 Mario Solinas Quality Award, the world’s most prestigious and selective competition by the International Olive Council (IOC) for “the best green medium fruitiness” category of Spain, ranking in the top five worldwide.  The “Organics” Extra Virgin Olive Oil boasts a harmonious fruity green aroma, with a touch of herbs and green leaves, and hints of tomato, apple, green almonds and artichokes, creating an elegant balance between a bitter and peppery taste.

“We are extremely honored and proud of our multi-award winning line of premium quality extra virgin olive oils and the recent recognition we have received, especially during a time when the competition is intense and consumers have many choices to select from,” said Joe Perez, Senior Vice President of Goya Foods. “It is a true testament to our mission of producing single-origin premium quality olive oils while making our products accessible to consumers worldwide at an affordable cost.”

The olives are harvested in the region of Andalusia, Spain and pressed just before, or in the process of turning color, to preserve the full flavor and health properties.  The olive oil is bottled at Goya’s factory, ranked as one of the top ecological EVOO companies in the world, located in Alcala de Guadaíra, Seville.  Suggested retail price ranges from $5.99 to $11.99 for a 17-ounce bottle of the Goya Extra Virgin Olive Oil, Goya “Organic”, and Unico and are available in supermarkets nationwide.