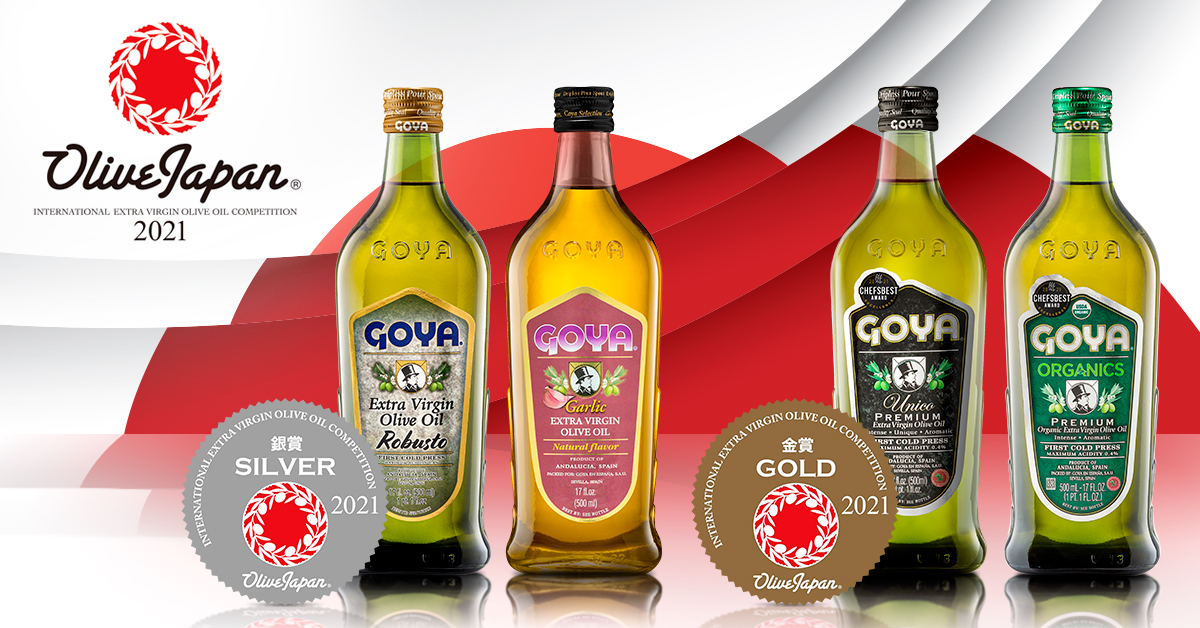 The 2021 edition of the Olive Japan competition has awarded four medals to the GOYA extra virgin olive oils. The event, organized by the Japan Olive Oil Sommerlier Association (JOOSA) has awarded two GOLD medals to Goya Unico and Organics, while Goya Robusto/Fruity and Goya Garlic have received SILVER medals.

These four medals awarded to the GOYA olive oils recognize the brand’s efforts to provide a high quality product to the most demanding consumers. At the Olive Japan 10th edition, 811 extra virgin olive oils from 27 different countries were able to participate, the highest number of participants since 2012.

Spearheaded by Toshiya Tada, Olive Japan wants to encourage the consumption of extra virgin olive oil in Japan.  In this study about the Olive Oil market in Japan (2016-2020),The Institute of Exterior Commerce explains that Japan is one of the most important olive oil markets worldwide. In this period of time, Japan imported 70.128 tons of olive oil. That positions it as the #1 olive oil importer around the world.

Because of the world’s health regulations at the moment, Olive Japan 2021 won’t have an open event. Although, in July, the Olive Japan Show will be celebrated in the largest warehouses of Tokyo.