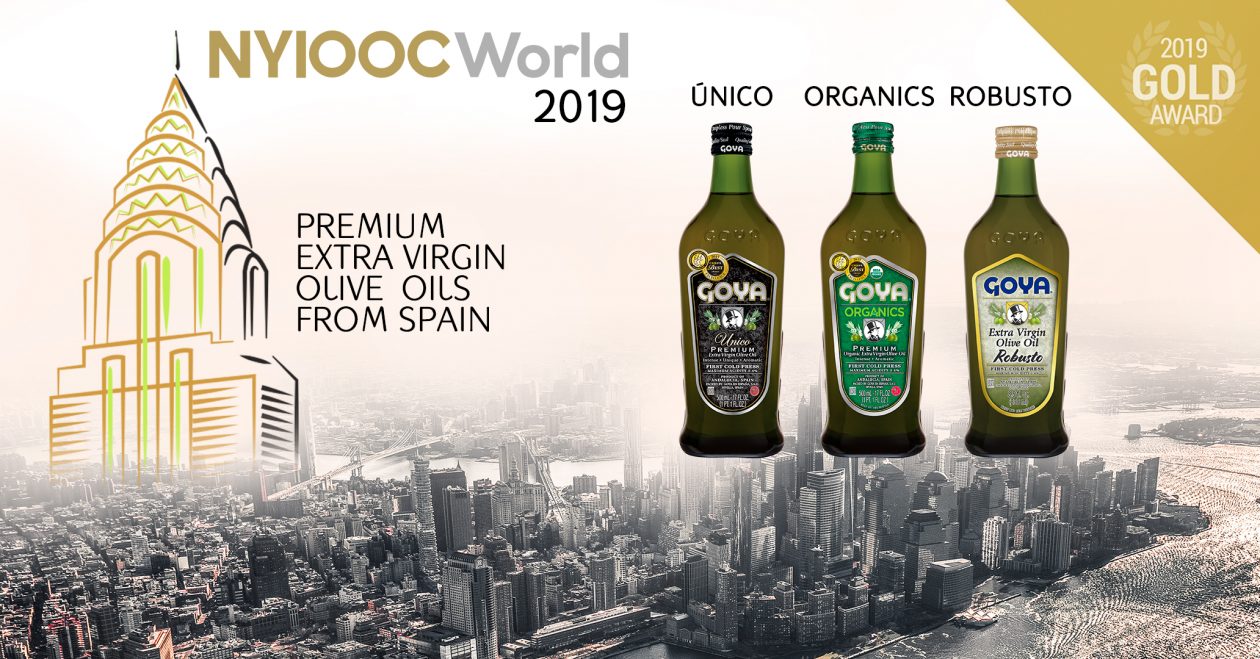 Quality was the common denominator of the samples submitted at NYIOOC 2019. Moreover, and according to the organisers of the event, a new historic record has been set in the number of winners. In total, 552 brands from 23 countries were awarded prizes from among the 900-plus samples submitted: 223 were from Italy, followed by Spain with 154, Greece with 109, the USA with 96, Portugal with 67, Croatia with 61 and Tunisia with 30. Samples were also submitted from Australia, Brazil, Turkey, Chile, Slovenia, France, Japan, China, New Zealand, Argentina, South Africa, Bosnia and Herzegovina, Egypt, Morocco, Lebanon, Uruguay, Algeria, Cyprus and Israel.

After the two gold medals won at the 2018 edition, Goya has added a new medal thanks to entering its Robusto oil in the competition, a well-balanced extra virgin olive oil with a combination of intensity and sweet, pleasant sensations on the palate of the most demanding consumers.

The medals obtained by Goya oils at NYIOOC underline the popularity of Spanish extra virgin oil enjoys among consumers in the USA, as in addition to NYIOOC, Goya premium olive oils also won awards at Los Angeles IOOC.

Organised by the website Oive Oil Times, the NYIOOC Competition has become one of the biggest olive oil contests in the world and its results are regarded as the most prestigious guide on olive oil.