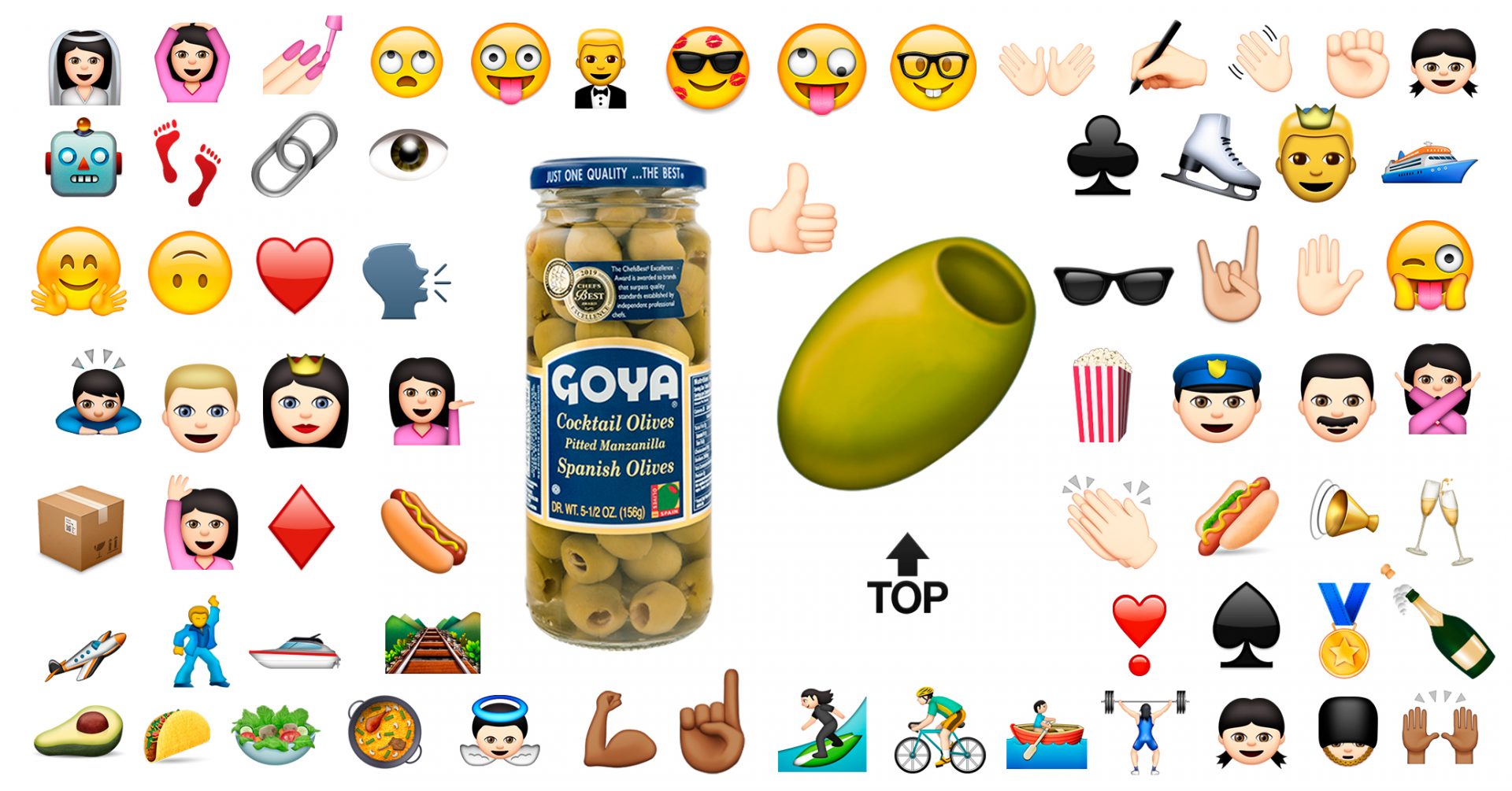 The table olive emoji will arrive on our phones in march

The Unicode Consortium, the organization in charge of standardizing the characters used on the majority of software worldwide, has published the list of the new emojis which will be available on mobile devices from March, among which the table olive finally appears.

In the set of foods, users will have 8 new emojis, notable among which is the table olive, responding to the request from Spain, one of the main commercial drivers of its production and export.

With regard to its visual appearance, the Unicode Consortium has worked with different suggestions – a pitted olive, a pepper-filled olive, or an olive on a branch with a leaf – although it has not yet agreed the final design.

Version 13.0 has a total of 117 new icons added to those existing on WhatsApp, Android, iOS and Twitter: a total of 62 new original images and 55 variations of gender and skin color of these and other existing emojis.