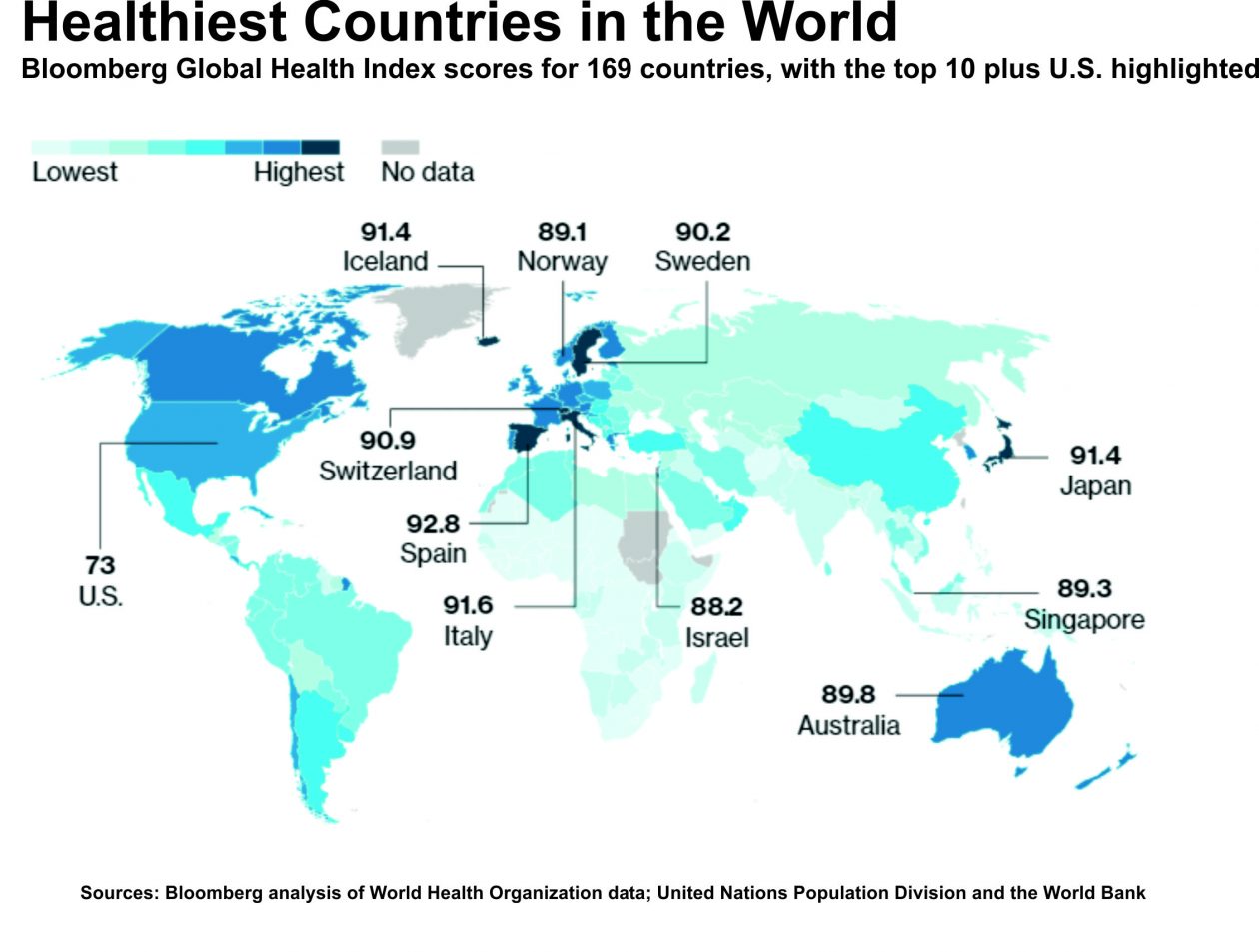 Spain, the healthiest country thanks to extra virgin olive oil

Spain is the healthiest country in the world. This is confirmed by the Bloomberg Healthiest Country Index, which has granted our country a score of 92.8 out of 100 after having advanced five positions since the last analysis, in 2017, assessing aspects such as eating habits, health system and life expectancy.

In terms of nutrition, Bloomberg  highlights the benefits of the Mediterranean diet and the role of extra virgin olive oil in the health of Spaniards, which also influences a lower rate of cardiovascular problems. This is confirmed by the Predimed study, noting that eating habits provide clues about the levels of health enjoyed by Spain, since a “Mediterranean diet, supplemented with extra virgin olive oil or nuts, had a lower rate of cardiovascular events greater than those assigned to a low-fat diet”.

Along with Spain, the Top 10 of the healthiest countries is made up of Italy, Iceland, Japan, Switzerland, Sweden, Australia, Singapore, Norway and Israel.

Regarding the health system, Bloomberg values ​​the programs of child health care, women and the elderly, which help reduce cardiovascular diseases and cancers.