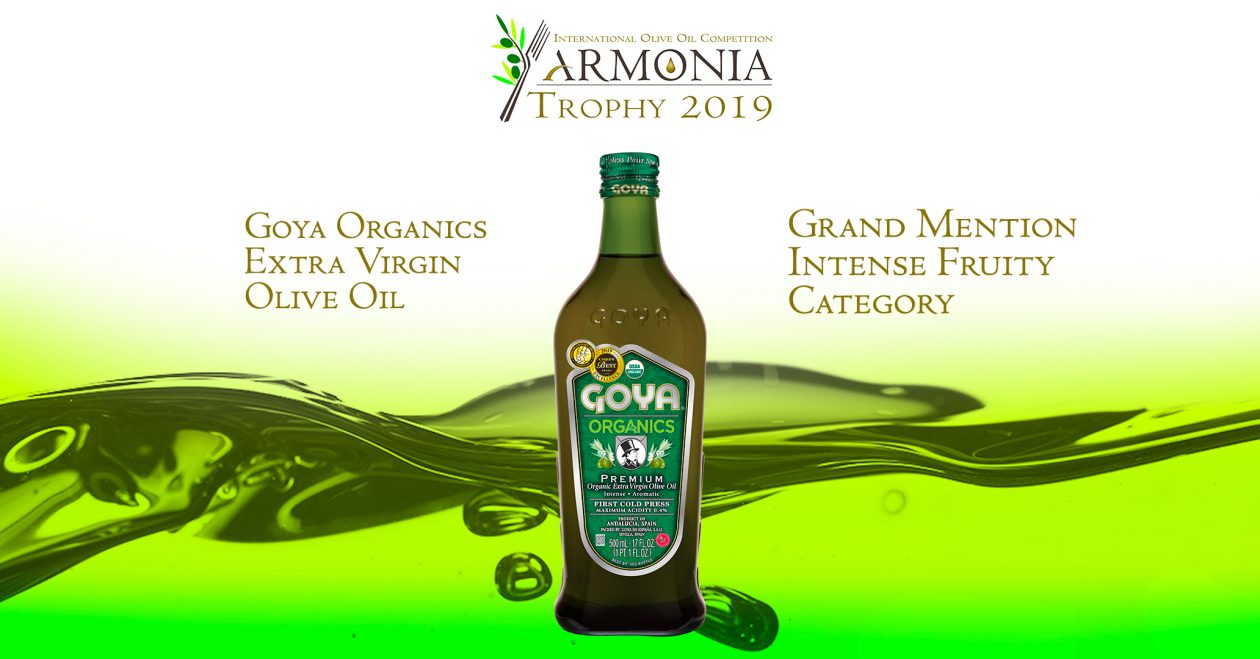 The “Armonia” Contest, which is in its 13th year this year, is the first and only extra virgin olive oil event that brings together producers, tasters, chefs, food lovers, and consumers. Thus, “Armonia” recognizes the best international extra virgin olive oils, promoting their use in the kitchen, in restaurants, and in international haute cuisine and gastronomy schools.

With this Grand Mention in the Armonia Olive Oil Competition, Goya “Organics” has been able to strengthen its international projection as it is now included in the Parma Olive Oil Academy’s International “Elaioteca” (“Olive Oil Library”), a culinary training and promotion program for haute cuisine and cooking schools. Likewise, Goya’s premium olive oil will also be included as an oil highlighted on the “I Ristoranti Internazionali dell’Olio” circuit, which has a presence in restaurants in New York, Toronto, Montreal, Heidelberg, Tokyo, São Paulo do Brasil, Rio de Janeiro, Seoul, Sydney, and Singapore.