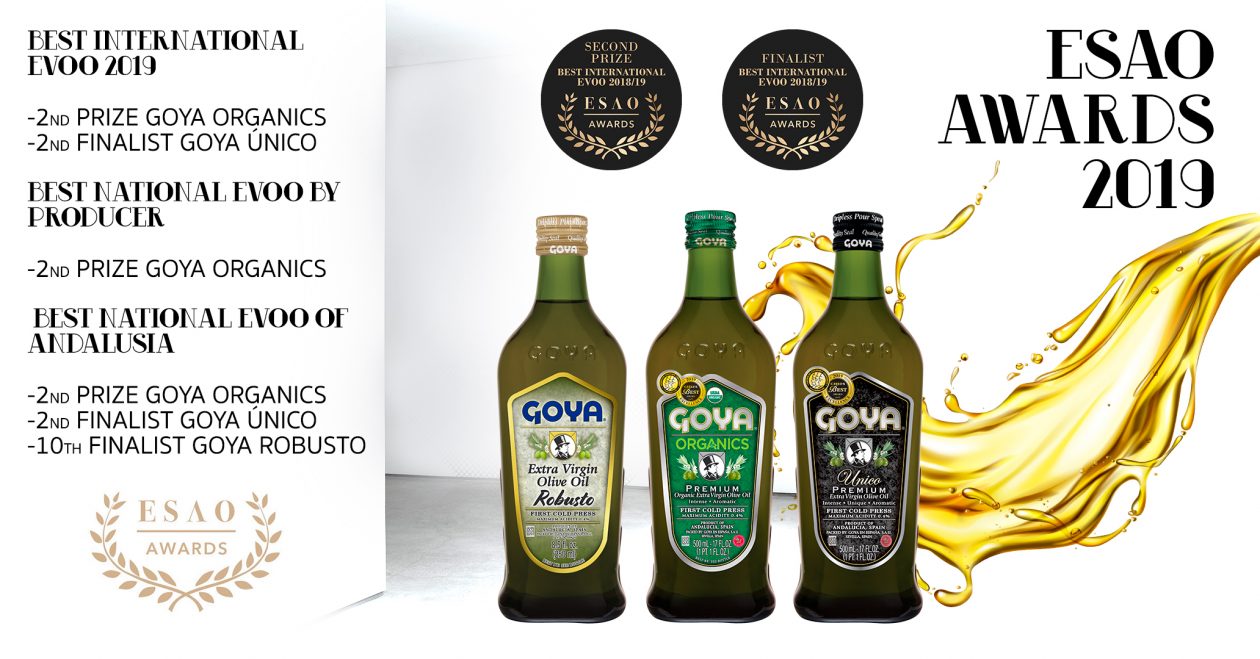 The Olive Oil School of Spain has announced the winners of the ESAO Awards 2019, prizes to the quality of extra virgin olive oil, where Goya Premium Extra Virgin Olive Oils have obtained important recognitions in three categories.

The ESAO Awards are an important recognition to the quality of the extra virgin olive oil. This is confirmed by the technical director of the School, Susana Romera, “through the ESAO Awards we want to recognize the important work of a multitude of olive oil producers and cooperatives who make an important effort to elaborate quality olive oil”.

The award ceremony will take place next June in Alicante, during the EVOO Gastronomic and Cultural Day in Casa Mediterráneo.