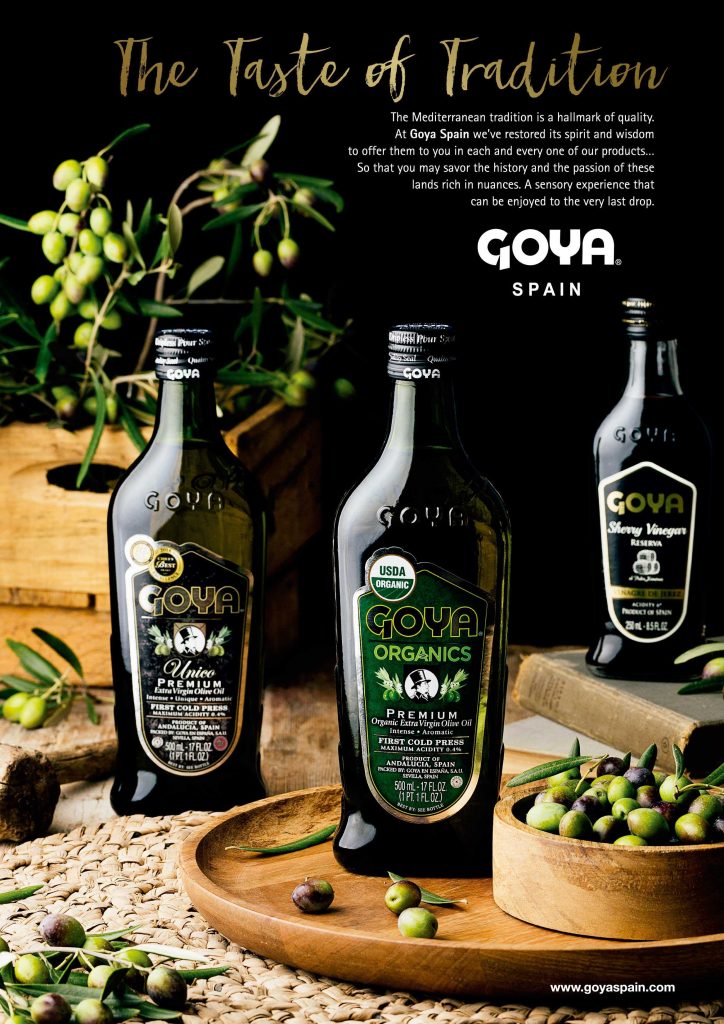 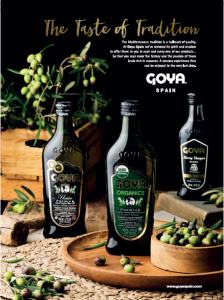 The third issue of the magazine Olivatessen by Mercacei has featured GOYA® olive oils.

Edited by Mercaei, Olivatessen is an English publication with 15,000 copies dedicated exclusively to promoting extra virgin olive oil culture, gastronomy and the Mediterranean Diet, and to value its protagonists.

Along with the online version, Olivatessen is available at major international fairs and agri-food shows. Likewise, it can be located in the main gourmet and delicatessen stores of the capitals of Europe, Asia and America; Michelin-starred themed restaurants and Mediterranean cuisine; Department stores such as Harrods or Galeries Lafayette; Resorts and establishments dedicated to oleotourism, as well as gastronomic associations and cooking schools.