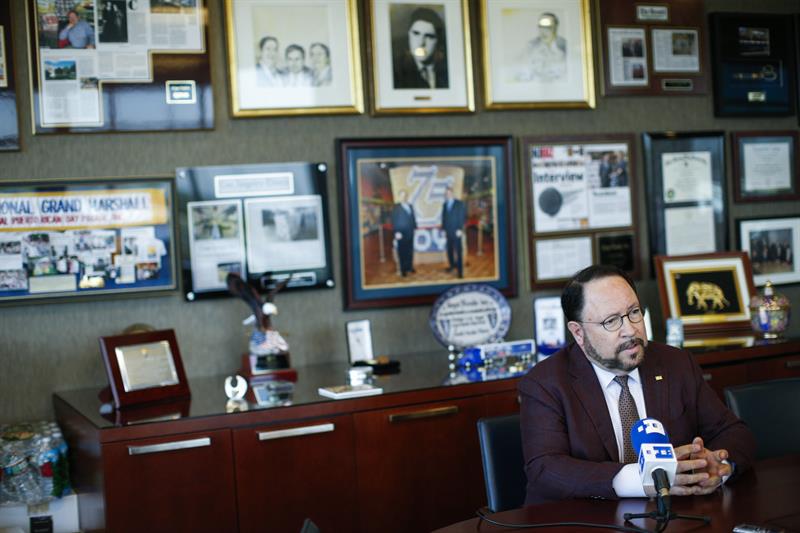 It started as the “American dream” of a Spanish couple, with a small shop in New York City, and is now a major enterprise in the United States: Goya Foods has reached the pantry of millions of Latinos thanks to a “great family,” CEO Robert Unanue says.

The man in charge is steeped in the lore and secrets of the firm his grandparents founded in 1936.

In his 25 years at the helm, Unanue has expanded the business to the point where it has now 4,000 employees, 2,500 products and annual sales of $1.5 billion, making Goya the largest Hispanic-owned enterprise in the US food sector.

At company headquarters in Jersey City, Unanue welcomes EFE in an office filled with photos of his grandparents, parents, children and grandchildren, as well as snapshots of himself with President Barack Obama and Pope Benedict XVI.

“I’m 65 years old, 55 years in the company, and they’re all family. They know me and I know them. We all work together and I wouldn’t trade it for anything. It’s an opportunity, it’s a blessing to work with people shoulder to shoulder and be successful. Achieving success together gives one pride,” he says.

“We consider ourselves the great Goya family. All the employees are family working together for the same purpose. Many of us are immigrants and we extend a hand to our brothers,” Unanue says, well aware that the firm has grown in tandem with the growth of the Latino population in the US.

“In 2000 there were 35 million Latinos in the United States, from there to here, until 2019, the population doubles to 70 million Latinos, from Central America, Mexico, South America,” the CEO says. “We have the second-largest Latino country in the world after Mexico.”

The expansion of the Hispanic population – and the changes in its composition – have been reflected in the trajectory of Goya Foods.

The founders, Prudencio Unanue and wife Carolina, began with a small shop in Manhattan selling Spanish products, such as olive oil, olives and sardines.

With the arrival of successive waves of immigrants from Puerto Rico, Cuba and Central America, the shop expanded its offering to cater to the specific tastes of the newcomers.

“From our very humble beginnings, we now have 26 locations, manufacturing as well as distribution and marketing, everything. We are in the Caribbean, Spain and the US and we export to many countries,” the chief executive says.

“Part of the focus, after so many years, is on healthy products. We are very focused on bringing super grains from Peru – quinoa, chia, amaranth … ecological and organic products”, he says.

In addition to advocating for a healthy diet, Goya engages with communities.

“We participate in civic, social activities, we are always donating food,” Unanue says.

Though born in the US, Unanue has dual Spanish citizenship and says that he feels close to his “roots” in the Iberian nation.

Looking back, he speaks of the “unforgettable experience” he had living in Spain during the 1970s, when he worked with his father at the Goya factory in Seville.