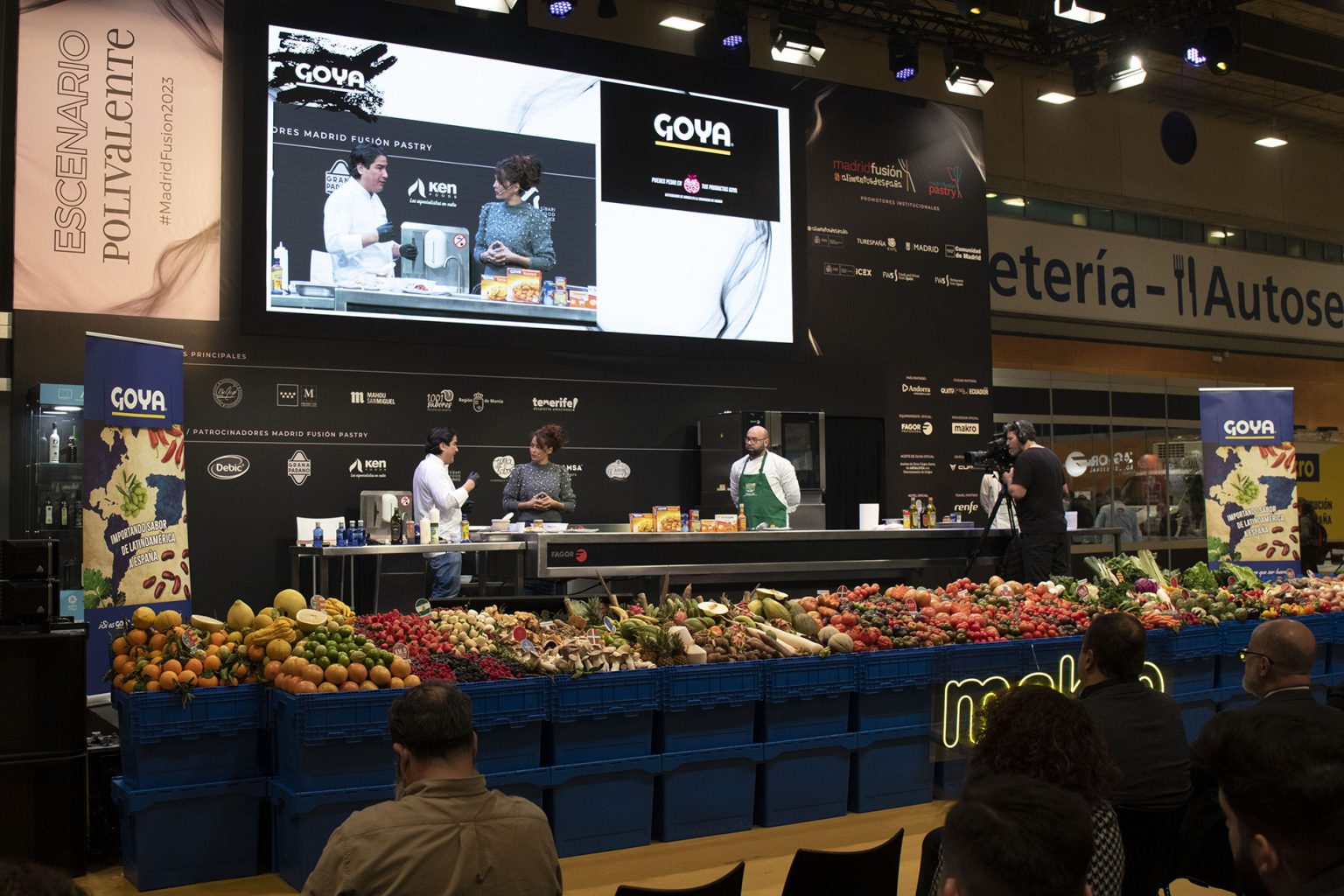 Every year, Goya Extra Virgin Olive Oils make an appearance at the Spanish capital’s most important gastronomic fair. This year, the theme for Madrid Fusion 2023 was “No Limits”.

From Monday 23 to Wednesday 25 January, Goya Extra Virgin Olive Oils have taken pride of place at the Goya Europa stand in the IFEMA conference center for the 21st edition of Madrid Fusion.

They also featured in the show cooking “Importing flavour from Latin America to Spain” demonstration given by Fernando Desa, Goya’s Executive Chef, as he cooked up delicious Latin American flavors with dishes like a red tuna ceviche that was beyond words and an exquisite sopa de frijoles.

Sharing some highlights of our appearance at Madrid Fusion 2023.