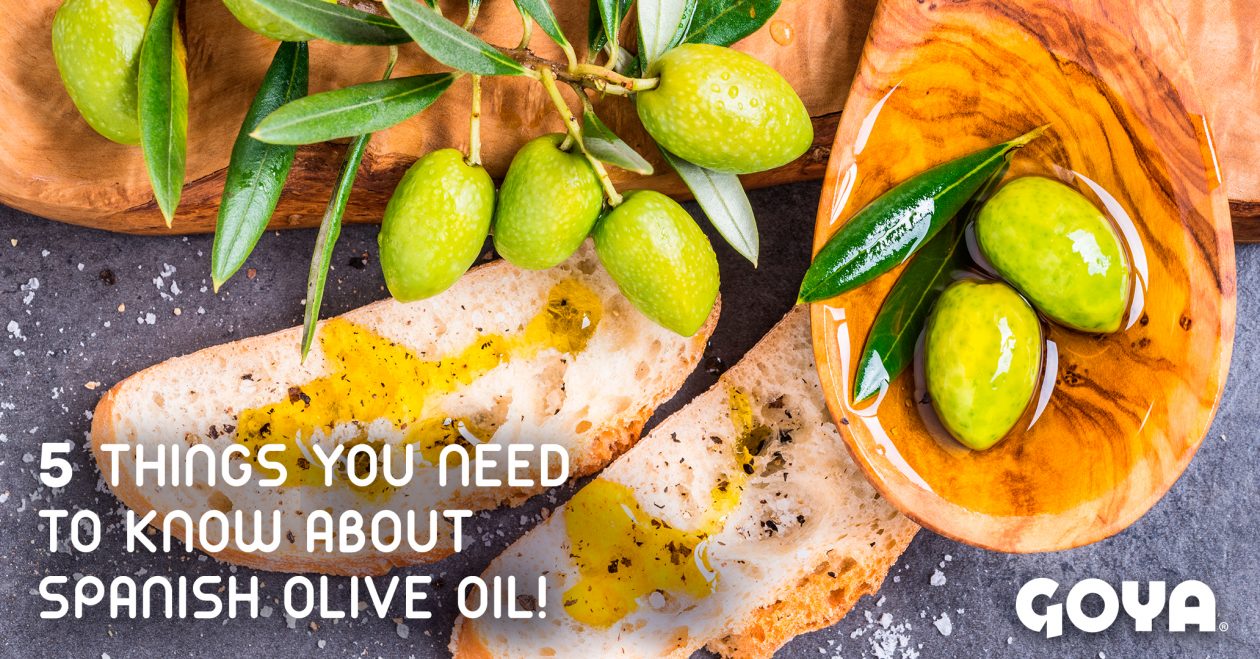 5 things you need to know about Spanish Olive Oil!

Everyday, more consumers are choosing healthy habits in their diet, adopting Mediterranean Diet and extra virgin olive oil as one of their basic foods.

Today we want to share these five things you need to know about Spanish Olive Oil, one of the reference raw materials from Spain, increasingly present in the kitchens around the world for its high nutritional value and premium quality!

2. Spain, the second world consumer of olive oil in the world

Spain is also the second world consumer of olive oil, with an average annual consumption of approximately 10 liters (2.5 gallons) per person. However, the country where most olive oil is consumed is Greece, with 18 liters per person (4.7 gallons).

Although it seems incredible, Spain has approximately 300 million olive trees. If we compare this figure with the population in the United States, each citizen would be accompanied by an olive tree.

An important value in the production of olive oil is the quality of its raw material, olives. Within 200 varieties in Spain, approximately 24 are used regularly to produce olive oil, and each one contributes a different and delicious flavor.

Picual variety is the most cultivated. However, the production of monovarietal oils has given the consumer a wide range of different olive oils: hojiblanca, picuda, cornicabra, arbequina, lechín, verdial, aloreña, verdeja, gordal… Goya extra virgin olive oils are produced with the best varieties Hojiblanca, Lechín, Picual, Arbequina and Manzanilla, harvested in the fields of Andalusia.

5. The most awarded flavor in international competitions

According to the EVOOWR and World Best Olive Oils rankings, Spanish extra virgin olive oils are the best positioned and receive the most awards and recognitions worldwide.